Diamante Murru about her Tattoo Art, Coils and the HAWK THUNDER 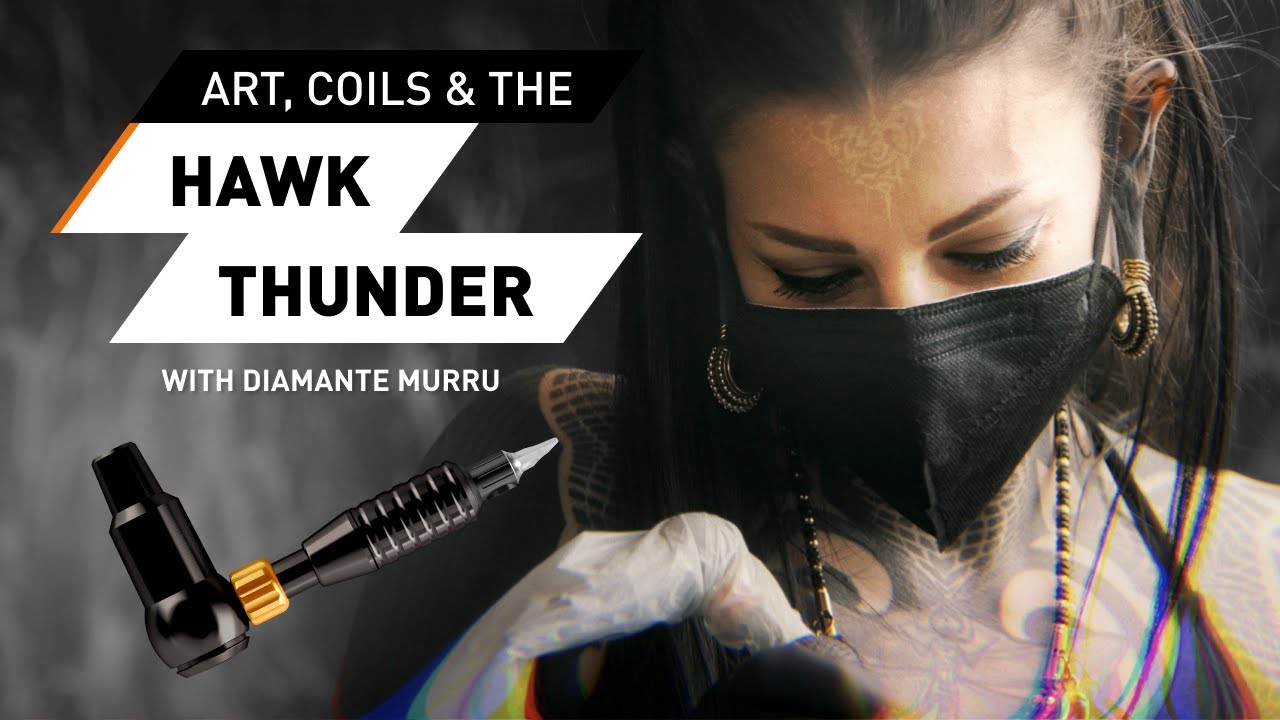 Cheyenne’s HAWK THUNDER is the rotary machine of choice for tattoo artist DIAMANTE MURRU. From leg to sleeve to ornamental back tattoo – besides the HAWK Thunder she also uses coil machines for thicker lines. In this short ARTIST INTERVIEW she talks about her working process with both tattoo machines and why she started using Cheyenne tattoo equipment in the first place.

Hello, my name is Diamante Murru, I’m tattooing since 2012. I started in Sardinia, an Island near Italy, and now I’m working and living in Berlin. I started traveling to Berlin around 6 years ago when I was landing at the the airport, I was feeling at home in Berlin, so I was like, OK, I think I should listen to my feelings and move to that city because I think I have something to offer and the city has a lot to give to me. I have customers that arrive to me and ask me, OK, I would like to have a bodysuit. Do what you want.

And this is great because you have the chance to experiment a lot. And I think this one gave me the possibility to grow and do exactly what I had in mind.

I’m tattooing 9 years, and for the first year or 2 years, I was tattooing everything, so I did realistic, Japanese, traditional. So I wanted to be able to do soft shadings, pack colors – even I don’t use colors, for example – when because this, I realize, will give me the possibility in the future to start expressing myself even more. So if one day in my ornamental, I want to put some color, I’m able to pack the color.

And it was … it was really nice because I could start tattooing again after a couple of months break. And I like it a lot because it’s a pretty fast machine.

And also push the needles that I need. I know that it’s a liner machine, but I use it also for big magnums. For example, I do my black work with that machine and 27 mag.

I usually use thick grips. So on the Thunder, for example, I put the paper and the tape around the paper because I also because of the problems with my hands.

4 millimeter stroke, even for me, it’s also similar to like an open coil that I use for, for example, for shading, like soft shading or also for filling in black. For sure, for thick lines I always use just coils because I never found a rotary that can push easily like an 18 liner opened.

And for magnum, I was I always feel pretty comfortable also with rotaries using thick needles. I started doing art when I was a kid because my mother was a painter, so I started painting when I was super young. And I promised myself when I was about 16, that doesn’t matter what part in my life, I will create and I will live from art.

And before tattooing, I have been working in theater. And that experience made me realize that I wanted to be a self-employer, because even though I was creating art, I was under someone else’s commissions. So I realized that I wanted to be just as self-employer and manage my own work. Like for becoming a good tattoo artist, I realized that I had to stop all the stuff that I was doing before, like painting expositions, body painting, working in theater and everything, and just dedicate on tattooing. I like to give messages.

And I think it’s what you do with art. Usually you give messages and with social media, this stuff became easy because having a lot of followers, I was like, OK, I don’t want to have a lot of followers and influence on people just for sowing my art.

And that’s it. I care a lot about the planet, environment and everything, and then I wanted to help people understand a little bit what is surrounding us. So I think it’s, I don’t know, I wanted to be useful in this.

For me, it was a little bit more difficult to find my position as a female tattoo artist. So also for that, I think I’ve been for many years over working and doing a lot of conventions and everything because …

I wanted to be known for my work and I wanted to this industry not being that selective because someone is a woman, because it was .

.. in the beginning was a lot of sexism. I had people that were telling me, for example, you are a woman, you can’t do black work, you know, I was like, come on. This is not fair and this is not true, you know?

So, I wanted to demonstrate to everybody that actually you can do whatever you want. It doesn’t matter the gender..