The Tattoo Artist With a Face Full of Tattoos 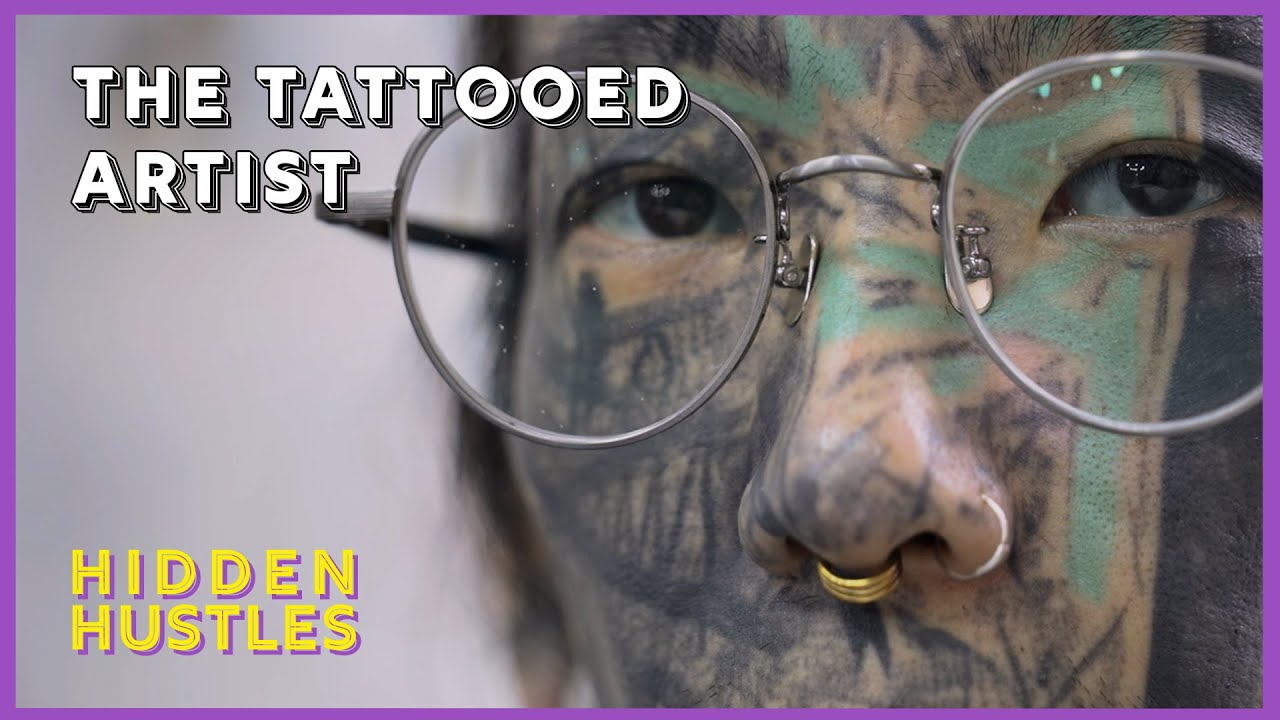 Is it possible to learn tattooing within a day? Adel meets tattoo artist Akira, who shows her what it takes to be a tattoo artist.

Having inked his entire face, he also shares what it’s like to receive stares on a daily basis – and why he doesn’t regret his tattoos.

Meanwhile, will Adel be able to pull-off a one day miracle, and tattoo her very first client?

Adel: So I just learned that I will have to tattoo someone. It’s quite intimidating because I’m not sure how I feel about putting something permanent on someone. Hello. Hi. Nice to meet you, I’m Adel.

Hi Akira, so what will I be doing today? Akira: So today we’ll be going to try and practice on the fake skin. After that, it will be tattooing on a real person. So what we have to do is put a bag over the bottle so that our gloves and the ink will not stain the bottle. Adel: Something like that.

Akira: Yeap. Adel: Something like that. Adel: Have you ever heard of stories where people are unethical when it comes to sterilisation? Akira: Maybe not in Singapore, but you know..

. There are tattoo studios in other countries where they reuse stuff like needles and someone actually contracted HIV.

And after the person found out that the studio actually re-used a needle and that’s how he contracted the disease. So what we’re trying to do is we’re going to print the design on the stencil sheet. Adel: Okay.

Akira: Okay. Here you go. You can start tattooing. Adel: So why do you decide to get so many tattoos? Akira: I think it wasn’t a one-time decision.

So I decided to get a couple of tattoos first and then I wanted to get more. Adel: Do you receive any rude comments or stares when you go out? Akira: You know…

Staring is more common. But if I were to see somebody like myself on the streets I would definitely take a second look at the person. So it’s only normal. (But) I have people come up to me to ask me silly questions “like what do your parents feel about this?” Because I don’t go up to you and ask, “what do your kids think of you.

” You know, looking like this or having this amount of tattoos for like pretty much half of my life.

I would say you get used to it. If it makes me happy, then that should be the most important thing. So how a tattoo needle works is that it has a group of needles that are bound together. Adel: When it comes to tattooing, do you guys have like someone to come and check your licensing?

Akira: No, don’t have. It’s more of like… The trust that our client gives us and we return that trust.

Akira: Try and hold, and see if it’s comfortable for you. Comfortable? Adel: You cannot grip the full (tattoo gun)? Akira: Where? [tattoo gun clicks] [tattoo gun buzzing] Adel: Can I redo the line?

Akira: You don’t have to. You can move on with the rest first. Adel: Okay. [tattoo gun buzzing] Adel: Do you get frustrated when you teach your apprentice? Akira: Of course, sometimes (I do).

[smacks lips] But you have to understand that they’re learning. Adel: Is this why you meditate? [laughs] No, I meditate because I like it. [tattoo gun buzzing] What do you think? Adel: I would not want this on my skin.

I really think that I shouldn’t tattoo someone because it takes years to practice and I don’t think I’m of that standard plus it would be very unfair to the person that I’m about to tattoo because I think I have to earn my right to tattoo someone. Do you guys also practise like this? Akira: Uh, yeah. We progress from fake skin to putting that fake skin on somebody’s body because we want to let the person practising have a feel of the contours of the body. [tattoo gun buzzing] Adel: Do you feel (the needle)?

Am I poking you? Customer: It does feel like it.

Adel: Oh my god Do you want to check if (the ink went through)? Akira: No, it won’t go through the fake skin. Adel: So have you come across any bad tattoos? Akira: I’ve come across a few that are not properly done. It’s actually more expensive to get a tattoo removed compared to getting a tattoo done.

Adel: See, I was trembling at a lot of points. Akira: It’s okay, it looks natural. Adel: It looks natural? Okay, thank you so much. Adel: So have you ever regretted getting your tattoos?

Akira: At the age of 17, I remember getting a tattoo to cover up the previous one.

What I wanted to get was called a “job stopper”. Because it simply meant that after getting that tattoo you wouldn’t be able to get a job or look for a job that easily anymore. After the appointment, on the way home I broke down and cried. Not because I didn’t like the design or anything but the whole journey home I was just thinking like, wow with this huge tattoo on my neck will I still be able to find a job?

Back then, tattoo were associated with gangs and stuff. Police would see you with sleeve tattoos… They’ll get your ID?

Akira: They’ll get your ID. Most probably they will stop you which was what happened to me a lot you know, back when I was a teenager. Adel: It’s pretty cool to look back at it now because right now we’re sitting in your tattoo studio. Adel: And you’re basically an employer, right? Akira: Our job is to help the client mark certain chapters or phases in their life through the tattoo.

That memory will last a lifetime.

So, to me, I feel that it is a sacred part of our job. Adel: Initially, I was quite intimidated by him because I was expecting him to be someone that is quite fierce. He was really patient and encouraging. If I had never spoken to him, right I would have never expected Akira to be this way.

And it really adds on to the fact that we shouldn’t just judge someone by the way they look. Because of my hairstyle sometimes I do get double takes (from others) but what I can relate with him is that when he says that he prioritises his happiness over everything.

And I guess that is something that I relate to because once I stopped caring about what others would say or think about my hairstyle right? I felt really liberated and I would say that in a way I’m happier.. 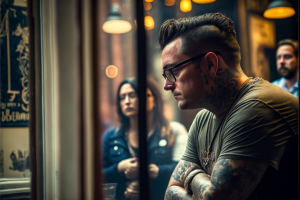