How Much to Tip Tattoo Artist 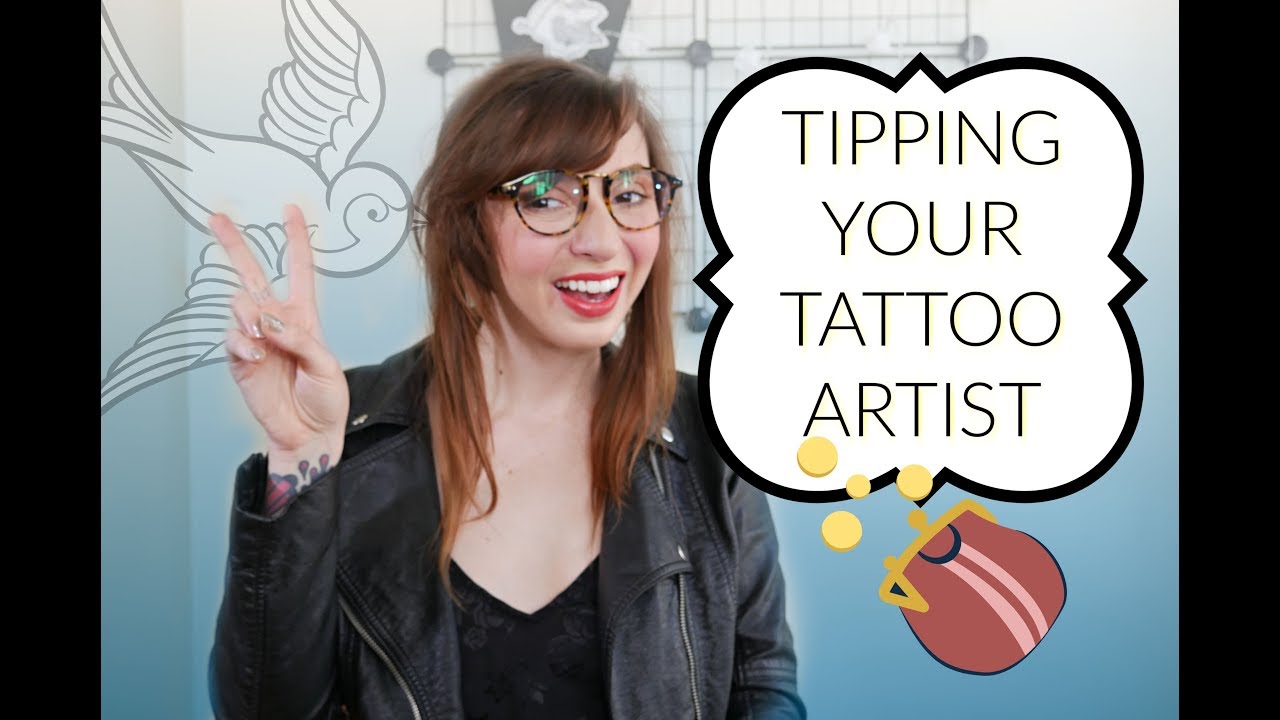 Qcknd shares some best practices for tipping your tattoo artist in America.

Hey everybody, it is Qcknd and welcome back to Tattoo Talk Tuesday. If this is the very first time joining us, Tattoo Talk Tuesday is our weekly interactive talk show where I take viewer submitted questions and try to lend my experience to you as a tattoo collector.

I’ve been at this for awhile and I’ve never made a video about this; video solely about tipping your tattoo artist. And I’ve never done that because I just feel like one, it’s like up to each person it’s up to each culture, and I just figured like although I’m an advocate for tipping, with tattooing I believe that you should tip, but I just figured if you were gonna tip you would tip 20% and then that was it and I didn’t have to make a video. But I asked you guys and you said that you did want a tipping video.

So I’m just going to kind of talk about a little bit of tattoo related stuff when it comes to tipping and lightly touch on different scenarios. And you know kind of make this short and sweet if I can.

If you can’t do math like me, there’s a bunch of different tip tricks that you can learn or you can get a tip calculator on your phone. If there is someone out there who’s completely new to tattooing or getting tattooed? All of these great service jobs, you know you show your gratitude and you show appreciation by tipping the person because the tip is what goes in their pocket.

You know normally whatever they’re charging you for a tattoo – they generally split with the shop 50/50, or however they have it negotiated. And a tattoo artist, you know, never really gets a raise and sometimes the tip that you give them also goes to tipping out the shop hand. So I would say overall know that the tip that you give your tattoo artist ($50 – $100) goes right in their pocket, and you do it to show gratitude.

So when it comes to having foresight about tattooing and tipping, and you want to be prepared the next little bits of advice may help you feel prepared. So if you are getting tattooed, for example from a traveling tattoo artist, or you are traveling to a place and there’s been a lot of email correspondence, I think if you want to have complete transparency, I would in the email or in the phone conversations (however you’re communicating) ask for a general price and then expect to tip about 20% on that price.

I’m kind of a retail baby when it comes to tipping. It’s not based on like services provided in a way where they went above and beyond. I think if I’m tipping a waitress/waiter, Barista, you know hairstylist unless like they really messed something up, tipping, you know 15% – 20% is pretty standard across the board. So I would anticipate to tip and if you are getting tattooed in America, tipping is you know a part of our culture. You know, I think like you can get away with it if you’re traveling in especially if it’s not a part of your culture, but if you wanted to be a part of American culture while you’re getting tattooed here, you can tip.

You can always ask, I think all of us appreciate a little bit of transparency these days. So I think if you are, for example getting a tattoo for like Friday the 13th, where you pay $13 for a tattoo, in that kind of situation usually you pay with a twenty and you tell them they can keep the change and that’s how that sort of goes. You could probably always tip more, but if you are getting tattooed at a really steep discount, I think you should always supplement that with some sort of tip. That also goes for tipping apprentices if you are wondering, “Hey Qcknd, should I tip an apprentice?” I would say tip apprentices, tip your friends, and tip your friends a lot.

I give myself some slack when I started getting tattooed. I was kind of unfamiliar with how much to tip and calculating a tip and I’m kind of just like throw money around, or think like, “Oh twenty bucks is a good tip.” When I was younger, you know, tattoo artists probably understood that I was a kid getting into tattooing so I wouldn’t beat yourself up if you have never tipped or you know tip just like 20 bucks.

I have a video where I talk about like when I first started getting my back tattooed, I was making carrot cake and I’ve made tattoo artist cookies and stuff like that and I just think that any form of gratitude expressed is still nice and American and you know do the best that you can with what you have.

But tipping is pretty traditional. So if you are American or Canadian or it like you tip your tattoo artist and then you travel abroad, I think I’ve heard a lot of different people say like I got tattooed in Europe and I still tipped. You have to use your discretion, it’s however you feel, but I think you know if you’re going to other countries I would be cautious to not disrespect their culture by offering a tip.

I am NOT world-traveled. I am Charlie Day from It’s Always Sunny in Philadelphia more and more every day, but I do understand that there are sensitivities and other cultures and it could be disrespectful like if you’re getting tattooed abroad and you give them extra money and it’s just not something that’s very standard.

If you’re traveling to a country, I would do some research and figure out what the kind of tipping culture is? Maybe it is more appropriate to bring a small gift, and I think that would be exciting to learn about and not like patronizing at all. I think if I were to get tattooed abroad I would be really excited to take like immerse myself in that as much as possible. So I think that that would be fun for anyone.

So my friend Jeffrey was on this channel a couple years ago, and he went to Spain to get tattooed. When I asked him if he tipped, he said yes, but I’ve gone out to eat with him, I’ve gone out to get drinks with him, and he has always notoriously been a huge tipper. So I think in that aspect it is like something inside of him that he has to do and that’s fine. If you’re like that that’s totally cool too.

So I hope this has been helpful to you guys about tipping. Like I said, tips don’t always have to be currency, but for the most part they are. I did, you know, there are a couple questions I did ask myself like if there is a booking fee, is that the tip? If it doesn’t come out of the total of the tattoo and etc, etc. And if you just have a ton of questions like that, I would just ask the tattoo artist and get it out in the open, Maybe say, “hey, I love your work. I love the tattoo you gave me. What’s an appropriate tip?” I don’t know how much that would work, but in my life I hope that I’ve never like crossed a tattoo artist in a negative way over tipping. But the most part I’ve only been tattooed in America and I’ve tipped what I could. You also tip piercers in America as well. But I hope this has been helpful to you guys. That’s what I have to say. I love you guys so much. Follow me on Instagram. if you want to see my get ready with me for this look, and don’t forget to hit subscribe.

I make tattoo videos every week. Don’t forget to leave any submissions in the comments down below. Like I said this video was a hundred percent requested from you guys and something I overlooked for years, which I apologize. So, thank you Leave your comments down below give this video a thumbs up, and I love you so much. Bye.